Photos from the 2013 Induction Ceremony!

Eddie Durham
Eddie “Goose" Durham was born June 20, 1944 in Boones Creek and grew up in Kingsport. He graduated from Dobyns-Bennett High School in 1962 and then attended East Tennessee State University.

He began his coaching career at  the age of 16! He coached in various organizations such as Kingsport Parks and Recreation, AAU, and Boys & Girls Club of Greater Kingsport.  He was the Pee Wee league basketball coach for the Wildcats.  He not only coached, but took the boys places and cared about them. He did his best work with youngsters that didn’t have a lot going for them in other areas of their lives.  If you didn’t have someone at home to take you to a ballgame, a movie, to the Putt Putt, Eddie made sure you got to do those things. It didn’t matter if you could come up with the money, he loaded the youngsters in his car 1962 vehicle “Brown Cow," and off they went.

Eddie worked at Holston Defense for 31 years, retiring in 1997. He then worked at Kingpsort City Schools at Cora Cox Academy as a teaching assistant.  He coached at Dobyns-Bennett High School 1997-2001.  He spent 14 years as an assistant coach with the D-B Basketball staff and the last 11 years on the Tribe Golf staff, including 5 years as head coach.

Eddie was named AAU Coach of the Year in 1980 and again in 1997. Coach Durham was awarded the Lifetime Achievement Award in 2011 for coaching for 50 years.

Eddie said, “While he appreciated the awards, but the children were more important to him.” Paul Lyle told Coach Graham Clark that, "Eddie Durham had done more for the kids in Kingsport than anyone else."

Eddie and Linda Durham had three children and six grandchildren.

Barbara Gott Goodlett
Barbara was a native of Kingsport and attended Kingsport City Schools and graduated from Dobyns-Bennett High School in 1954.  She attended Queens College (now, Queens University of Charlotte) in Charlotte, North Carolina and received two degrees from East Tennessee State University – Bachelor of Science in English and Business  Administration as well as a Master of Arts in Educational Administration.

Following a 20-year career in education, Barbara began a writing career which was initiated by her daughter, Marsha Toomey, who had asked her to “write our story, Mom.”  Marsha had fought childhood cancer and died at 23; Barbara wrote the book, "Twenty-Three Valentines From Marsha," the family’s story.

Reader’s Digest Magazine bought the book and published it in June, 1995, in the U.S., the condensed book of the month.

Subsequently, Reader’s Digest World-Wide published it in Canada, Europe, South America, China, Australia, and New Zealand.  It was rated by Reader’s Digest as the most popular book of the year.

Barbara also wrote articles for Guideposts Magazine, Good Housekeeping Magazine and yet another book about Kingsport’s early days and her dad’s work on Broad Street at J. Fred Johnson Company, titled, "A Quarter's Worth of Love" sold locally.

Along with writing, Barbara was active in community work with service on the boards of Goodwill Industries; Volunteer Kingsport; Girls, Inc.; The Literacy Council;  as well as many others.

She was elected to the Kingsport City Schools Board of Education in 1999.  As president of the BOE for four years, she was instrumental in a major technology renovation for Dobyns-Bennett High School, by then 30 years old, and a public/private endeavor to build the Alumni Hall-Field House, considered to be a valuable addition to the campus.

Barbara was a member of the Kingsport Book Club and for many years taught Adult Sunday School at First Broad Street United Methodist Church.  She researched and presented a number of programs regarding the early development of Kingsport.

Beryl Shipley
Beryl Clyde Shipley was the youngest of three sons born to Tom and Blanche Dykes Shipley on August 10, 1926 in Kingsport.  Beryl lettered three times in basketball, twice in baseball, and once in football before graduating from Dobyns-Bennett in 1944.

He served two years in the U.S. Navy aboard the USS Zaniah in the Pacific Theater during World War II.  After his military service, Beryl attended Hinds Junior College (now, Hinds Community College) in Raymond, MS, on a scholarship, where he was a starting guard on the basketball team.  While a Hinds he met and married Dolores Gerrand, of Yazoo City, MS. Beryl continued his college basketball career at Delta State College in Cleveland, MS, graduating in 1951 with a B.S. in Health and Physical Education and a minor in Social Studies. Upon graduation, Beryl accepted the position(s) of head basketball-football-baseball coach and social studies teacher at Morgan City High School in Morgan City, MS.

In 1952, Beryl, Dolores and daughter Marilyn moved to Starkville, MS where he became the head basketball and assistant football coach at Starkville High School.  During his five-year tenure at Starkville High, Beryl’s basketball team compiled a 111-26 record. He earned a Masters Degree in Educational Administration from Mississippi State University, and he and Dolores welcomed their second daughter, Patricia, into the world.

In 1957, at the age of 34, Beryl was offered the head basketball coaching position at Southwest Lousiana Institute in Lafayette, LA (now, University of Louisiana at Lafayette) by Dobyns-Bennett alum John Robert Bell, who was the head football coach and athletic director at SLI.  It was in Lafayette that Beryl and Dolores’ third daughter, Amy, was born.

Beryl coached at SLI/USL/ULL from 1957 to 1973, during which Coach Shipley’s teams reached the final four in the NCAA College Division (NAIA); in the first two years in NCAA Division 1, his Ragin Cajuns were ranked in the top ten in the nation and had reached the 2nd round of the NCAA Tournament; and in 1972, one of his players, Dwight “Bo” Lamar led the nation in scoring.  In 1966, Beryl was the first coach from a university in the Deep South to recruit black players.

The book, "Slam Dunked" by Ron Gomez and contirubtions from Shipley, details Beryl’s success, as well as the controversy surrounding the NCAA allegations about the recruiting of those black players that ultimately led to his resignation. Coach Shipley remains ULL’s coach with the most wins with a 296-129 record and .696 winning percentage. He spent one season in professional basketball as the head coach of the San Diego Conquistadors of the ABA.

Beryl eventually went into the oil business, retiring in 1992.

Vince Staten
Vince is a free-lance writer, author, columnist, movie critic, lecturer, professor and restaurateur. He considers himself a writer first and is the author of 14 books including the best-sellers “Did Monkeys Invent the Monkey Wrench? Hardware Stores and Hardware Stories,”  “Can You Trust a Tomato in January?” and “Real Barbecue a Guide to the Best Barbecue Joints in America.”

He has also writer for numerous magazines and newspapers including the New York Times, the New York Daily News, the Boston Globe, the Baltimore Sun, Food & Wine, Saturday Review and Bon Appetit. After writing three books about barbecue, he was convinced to open a barbecue joint. Vince Staten’s Old Time Barbecue was in business for 20 years in Prospect, Kentucky and was praised in the New York Times.

He was born in Holston Valley Community Hospital (now, Holston Valley Medical Center) in Kingsport on August 5, 1947, attended Andrew Johnson Elementary School, Ross N. Robinson Junior High (now, Robinson Middle School) and graduated from Dobyns-Bennett High School in 1965.  He received his bachelor’s degree in psychology from Duke University in 1969 and his masters in communications from the University of Tennessee in 1973.

He worked at the Kingsport Times-News, the Dayton (Ohio) Daily News and the Louisville (Kentucky) Times before becoming a free-lance writer in 1988.

His civic organizations included service as a Commissioner of the City of River Bluff, Kentucky (population 356), 1989-1996.  Never indicted.

Dickie’s education consists of several elementary schools, Dickson, Indian Springs, Abraham Lincoln and Lynn Garden and attended Sullivan High School his freshman year.  At Sullivan High he played basketball, baseball, football and was on the track team.  He attended Dobyns-Bennett High School the next three years and lettered each year in basketball, baseball, football and track.

He graduated from East Tennessee State University with a Bachelor of Science Degree in 1957 and went on to obtain his masters from Union College (now Union University) in 1975.

Coach Warrren retired in 2000. With 972 wins and 408 losses. At that time he was the “Number One” most active winningest coach in Tennessee, and ranked among the top six most winningest coaches in the United States.   Also, in 2000 he was chosen to coach the Blue Chip All-Star Team.

The Sullivan Central High School gymnasium was named “The Dickie Dome” in honor of Richard “Dickie” Warren when he retired.

Dickie has been honored by being elected to the Northeast Tennessee Hall of Fame in 1995, TSSAA Hall of Fame (page 26) and TSSAA State-Wide Coach of the Year in 1984.

He and Nancy are members of Sunnyside Baptist Church.  Dickie supports and works as a referee in Sunnyside’s sponsored Upward Basketball Program.

Every summer, Dickie has two basketball camps – one at West Colonial Hills Baptist Church and the other one at Sunnyside Baptist Church. 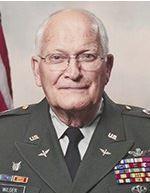 Colonel Bruce Wilder
Bruce was born in Bell County, Kentucky, and moved to Kingsport in 1950.  He was a member of the two times state basketball team named to the Dell Sport Magazine High School All Star Team and Honor Society president.

He attended Georgia Tech; was elected president of his freshman class, and was a member of the Yellow Jacket freshman basketball team. He then attended Davidson College where he played varsity basketball, was a Distinguished Military Graduate; a member of Scabbard & Blade. Bruce was commissioned a Second Lieutenant United States Army in Field Artillery and retired after 28 years as a Colonel.

Bruce served as a helicopter unit commander in combat in Vietnam where he saved the lives of hundreds of soldiers.  On November 14-16, 1965 his first mission was in the Battle of the Ia Drang which was later made into a movie, We Were Soldiers (2002) starring Mel Gibson.  During his second tour 1968-69, he was awarded two Distinguished Flying Crosses.  On his last mission in combat he literally snatched nine soldiers from the jaws of death.  For that mission he was awarded the Silver Star.

Bruce was also awarded 20 Air Medals, two with “V” Devices for acts of heroism involving confict with an armed enemy, two Bronze Stars, the Purple Heart, and the Vietnam Cross of Gallantry.

After Vietnam, Major Wilder was an instructor of tactics at the Army Command and General Staff College where he wrote and taught the Army’s new concept of Nuclear Warfare.  From there he was assigned to the Pentagon where he was an Army Systems Coordinator for the Blackhawk and Apache helicopters and Departments of the Army and Defense Safety Officer.  He served on Ester Peterson’s Economic Advisory Council to the President when they took action to ban the shipment of children’s pajamas treated with the fire retardant Tris (TDCPP) to third world countries.  LTC Wilder graduated from the Army War College in 1981. He also instituted an Aviation Safety Program,  achieved the lowest aviation accident rate in peace time. For this he was awarded  the Defense Superior Service Medal (DSSM), the second highest military award for service.

Bruce received his Master of Divinity from the Lutheran Theological Seminary at Gettysburg, and was ordained in July, 1993 to serve as Pastor/Mission Developer of a new start in Haymarket, VA.  From 1997 he and Patti served St. Andrew Lutheran Church in St. Petersburg, FL, retiring in 2002, to Amelia Island, FL.  They moved back to Kingsport in 2005.  Bruce has been an active member of the D-B Alumni Association; a member of the Kiwanis Club of Kingsport; and president of the Rotary Club of Kingsport,  Bruce has been named a Paul Harris Fellow three times and a William Shelton Fellow for outstanding service.  He served 15 years as Scoutmaster for Boy Scouts of America making three trips to the Philmont Scout Ranch.

Bruce and Patti have a family of eight sons, twenty-six grandchildren, and five great-grand children.

They winter in Florida and travel in their 5th wheel RV much of the summer. Both are active members of Holy Trinity Lutheran Church. 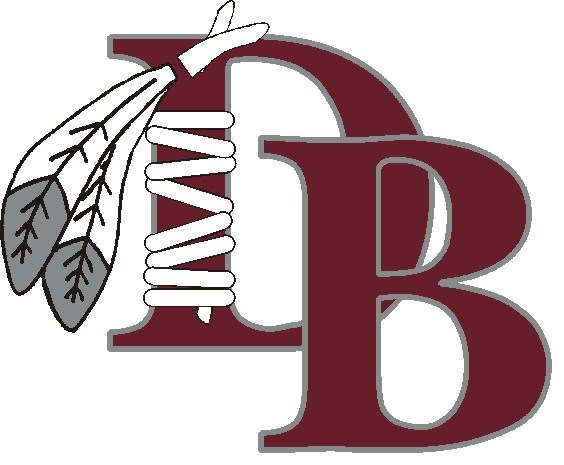