Dobyns-Bennett High School was first organized as a regular standard high school in 1918-19. Before that date some high school work had been done as advanced work in the elementary schools. The high school was approved by the State Board of Education in 1919 and was accredited by the Association of Secondary Schools and Colleges in 1922.

The first organized high school was housed in a wooden building located where the First Presbyterian Church now stands. The Central High School building was completed in 1918 and was used until 1926 when the high school was moved to new quarters at the present John Sevier Middle School.  To honor the first mayor of the city, J. W. Dobyns, and the first Chairman of the Board of Education, W. M. Bennett. The name was changed in 1926 to Dobyns-Bennett High School.

Because Dobyns-Bennett included both junior high school and high school, the building soon proved inadequate, and in 1934. the junior high was moved to Lincoln, and a new Lincoln School was built.  In 1946-47 it became evident that Dobyns-Bennett was again being outgrown. Some of the freshmen had classes and home rooms at the junior high. In July, 1947, disaster struck Dobyns-Bennett when the auditorium burned, and the shops and home economics department were destroyed. A new auditorium and a cafeteria below it were completed in December, 1948. Construction also began on additions to the building in the fall of 1948, which were completed a year later.

From the late 1920's until desegregation was achieved in 1966, Kingsport's African-American students attended Douglas School at the corner of Center Street and East Sevier Avenue.   By 1958, D-B was beginning to outgrow its facilities again and, when one looked ahead, there was a need for a still larger, more comprehensive school structure.

In 1965 construction was begun on the new school. It was completed and in use by the fall of 1967. Since that time, both the curriculum and the student body have continued to grow. Highlights of the expansion included the new opening of the vocational wing in 1976, an event which introduced new shop programs to the D-B curricula.

At the same time, the ninth grade was added to the school for the first time in twenty-five years while Kingsport's two junior high schools were converted to middle schools. Presently Dobyns-Bennett serves all the students in the City of Kingsport grades nine through twelve. 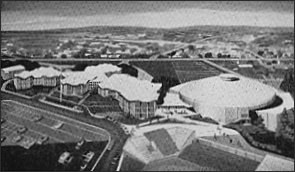 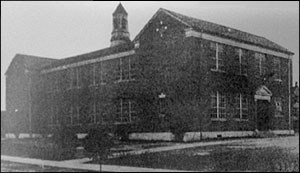 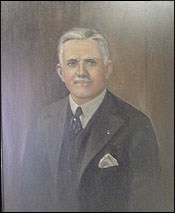 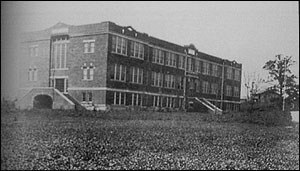 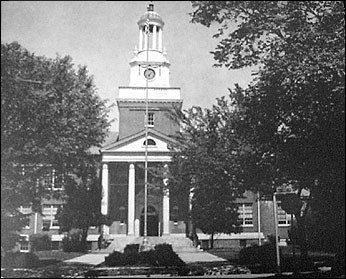 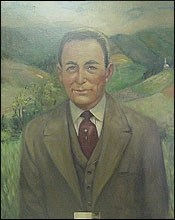